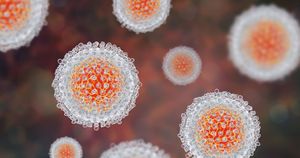 Approximately 1.2 million people in the United States initiated treatment with direct-acting antivirals for hepatitis C virus infection between 2014 and 2020, more than half of whom were baby boomers, according to a study.
“In the U.S., hepatitis C virus infection is a leading cause of chronic liver disease, liver cirrhosis, and liver cancer, with an estimated 2.4 million people living with the infection during 2013 to 2016,” Eyasu H. Teshale, MD, an epidemiologist in the CDC’s Division of Viral Hepatitis, told Healio.
“Beginning in 2013, direct-acting antiviral agents