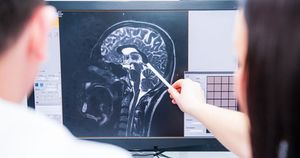 Dysfunction in an important cell subtype in the brain’s neuronal network contributes to chronic symptoms in patients with Dravet syndrome, according to an expert at Children’s Hospital of Philadelphia.
According to a press release from the hospital, the researchers found that a pathogenic variant in the SCN1A gene, which makes the protein Nav1.1, was found to be present in more than 90% of children with Dravet syndrome.
“A prediction of our work is that the success of therapies under development may depend on the ability to increase expression of Nav1.1 at the parvalbumin