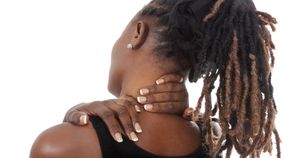 A sublingual tablet form of the muscle relaxant cyclobenzaprine hydrochloride failed to achieve statistical significance in reducing fibromyalgia pain vs. placebo in a phase 3 trial, according to a press release.
Tonix Pharmaceuticals reported that its patented form of the drug, TNX-102 SL, failed its primary endpoint in the phase 3 RALLY study, a 14-week, randomized, double-blind, placebo-controlled trial. The company in December 2020 reported positive results for the drug in the phase 3 RELIEF study. However, between the two studies, researchers reported a 79% increase in participant