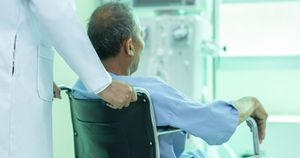 SEATTLE — In a first-in-human study, participants with paralysis who received an endovascular brain-computer implant were able to effectively operate a computer, researchers reported at the 2022 American Academy of Neurology annual meeting.
Douglas J. Weber, MS, PhD, professor at Carnegie Mellon University Neuroscience Institute and College of Engineering, and colleagues assessed the safety and feasibility of using an endovascular motor neuroprosthesis (MNP) to control a computer by thought by enrolling five patients with ALS, four of whom received the implant.
“[This] is a device