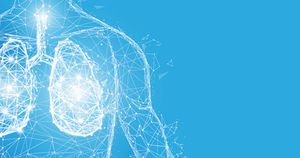 Higher levels of crystalline silica were found in the lung tissue of contemporary coal miners in the U.S. compared with the lung tissue of previous generations of coal miners, researchers reported in Annals of the American Thoracic Society.
The results may help explain the recent increase in severe pneumoconiosis, often referred to as black lung disease, in coal miners in West Virginia, Virginia and Kentucky, according to an ATS press release.
“Based on integrated pathologic and mineralogic findings in lung tissues from two well-defined coal miner case series with progressive massive