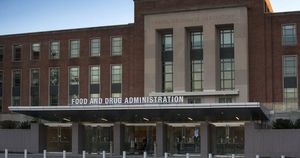 The FDA has declined to approve a supplemental new drug application for the expanded use of Nuplazid to treat psychosis related to Alzheimer’s disease.
According to a release from Acadia Pharmaceuticals, the FDA concluded there were limitations in the interpretability of Acadia’s antipsychotic drug study for Nuplazid (pimavanserin, Acadia) and an additional study would be required.
The decision is another blow to Acadia, after the Psychopharmacologic Drugs Advisory Committee voted nine to three on June 20 that available data did not support the conclusion that pimavanserin was effective