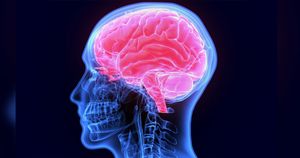 The Indian Health Service has announced it will allocate $5 million in funding toward resources to address Alzheimer’s disease among tribal communities.
This is the first time the IHS has allocated funding toward Alzheimer’s disease.
“These new resources will promote healthy living to reduce cognitive decline, encourage early detection and diagnosis due to dementia, and support caregivers,” IHS acting director Elizabeth Fowler, said in a statement released by HHS. “This funding will also provide greater flexibility for awardees to meet the unique needs within their