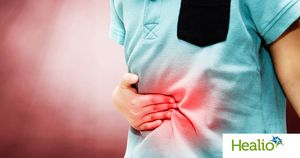 The WHO has reported at least 169 cases of severe, acute hepatitis in children aged 1 month to 16 years from a dozen countries worldwide, according to a statement from the organization.
According to WHO, one child has died and 17 children have received liver transplantation as a result of the disease. As of April 21, 114 cases have been reported in the United Kingdom, followed by Spain (13), Israel (12), the United States (9), Denmark (6), Ireland (Symptoms associated with the outbreak include abdominal