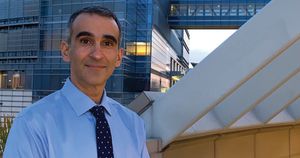 Pancreatic cancer often is called the silent killer.
Most people with early disease show no symptoms. Consequently, 80% of cases are diagnosed in late stages when surgery is no longer possible and other treatment options are limited. Fewer than 10% of patients survive 5 years after diagnosis.
Early detection has been heralded as the holy grail to reduce mortality of pancreatic cancer, set to become the second leading cause of cancer deaths in the United States by 2040.
A deeper understanding of the link between new-onset diabetes and pancreatic cancer may play a key role in that effort.
One study