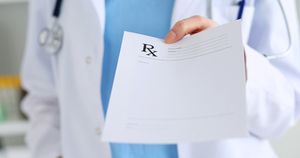 A 30-minute educational intervention for primary care physicians increased prescribing rates of SGLT2 inhibitors and GLP-1 agonists among patients with type 2 diabetes and risk factors for atherosclerotic CVD, according to researchers.
At the Society of General Internal Medicine annual meeting, Elizabeth Carson, MD, an internal medicine resident at the University of Vermont Medical Center, and colleagues reported that prescriptions for SGLT2 inhibitors and GLP-1 agonists may be lagging behind guideline recommendations in the U.S. They noted that most patients with type 2 diabetes also have