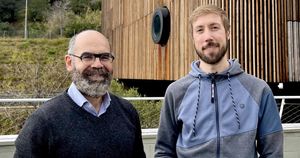 “Communication problems” that result from defects in types of immune cells including B cells impair immune response and may play a role in common variable immunodeficiency, according to a study published in Nature Communications.
The researchers found these problems by generating single-cell data taken from healthy individuals and from patients with common variable immunodeficiency (CVID). These participants included a pair of identical twins — one who was healthy and one with CVID.
The sibling with CVID had fewer B cells. Also, defects in these B cells led to epigenetic