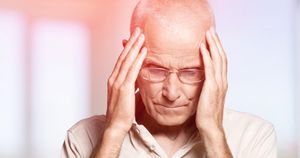 About one in five Americans will be aged 65 years or older by 2030, according to data from the U.S. Census Bureau.
The Census Bureau also estimated that the proportion of older adults in the U.S. will increase 9 percentage points by 2060, from 15% of the population to 24%.
According to Elsevier Health’s “Clinician of the Future” report, 93% of participating clinicians identified aging and the aging population as key drivers of change in health care. This growing population will likely present challenges for primary care and family medicine physicians, who may see an increasing