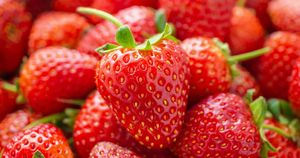 Nearly 30 cases of hepatitis A virus infection have been reported in the United States and Canada in an outbreak that health officials have linked to organic fresh strawberries.
The strawberries are branded as FreshKampo and HEB and were sold at Aldi, HEB, Kroger, Safeway, Sprouts Farmers Market, Trader Joe’s, Walmart, Weis Markets and WinCo Foods between March 5 and April 25 this year, according to the FDA, which said anyone who bought them and froze them to eat later should throw the strawberries away.
The FDA, CDC, the Public Health Agency of Canada and Canadian Food Inspection Agency