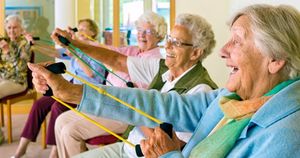 Together Senior Health, a digital therapeutics and cognitive health firm, has announced the launch of its cognitive health platform, which it hopes will reduce the impact of memory loss in those with Alzheimer’s disease and dementia.
According to WHO, memory loss, Alzheimer’s disease and dementia affect more than 50 million individuals globally, with roughly 10 million new cases each year. It is estimated 12% to 18% of people aged 60 years and older live with mild cognitive impairment.
Through the launch of its new evidence-based platform, Together Senior Health said in a press