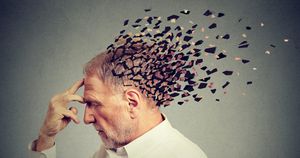 Onset of seizures after stroke more than doubled the risk for dementia in young patients, according to a study published in Neurology.
“Dementia is frequent after a stroke, affecting one in three stroke survivors,” Alain Lekoubou, MD, MSc, of the department of neurology at Penn State University and Hershey Medical Center, and colleagues wrote. “Dementia after stroke is associated with a 2 to 6 times higher adjusted mortality rate, a higher rate of stroke recurrence and a poor functional outcome.”
Lekoubou and fellow researchers sought to examine the association between