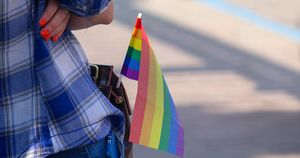 Youth assigned female at birth are no more likely to identify as transgender or gender diverse than those assigned male at birth, according to study findings reported in Pediatrics.
Study co-author Jack L. Turban, MD, MHS, incoming assistant professor of child and adolescent psychiatry at the University of California, San Francisco, explained the idea behind the study.
“Recently, some have suggested that trans youth identify as trans due to ‘social contagion,’” Turban said. “One of the assumptions underlying the social contagion hypothesis is that adolescents